Armoured Car S 165 constructed by
​The Singapore Harbour Board 1932: 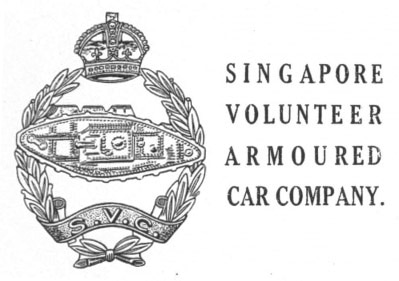 Experiments were first made in 1927 to convert a Morris six wheeler into an armoured car. It wasn’t until 1931 that the Armoured Car section came into being with a separate badge; in white metal consisting of a wreath of laurels surmounted by a crown with the cut out reproduction of a tank in the centre over a scroll bearing the letters SVC.

The section’s first armoured car was also delivered in 1931 courtesy of the Singapore harbour board who built the body onto a 4 ton, six wheeler Albion lorry with armoured plating obtained from the UK. It had ¼ in thick steel armour plating, armed with 2 Vickers guns, one operating in each of the two revolving turrets. Whilst the crew consisted of a car commander and six or seven other ranks which included a first and second driver. It was also a pre requisite that all car members had to be interchangeable.

Recruiting began in earnest in September with the section commanded by 2nd Lt. C E Collinge and trained as part of A machine gun company with a strength of 2 officers and 7 other ranks. Due to its embryonic stage it was viewed as highly attractive, however, all recruits had to have had prior service with A company (machine gun) and be efficient in operating them.

In August 1933 the armoured car section was constituted as a separate unit under the command of Corps HQ.
​
In 1934 a second armoured car was delivered with an establishment of 3 officers and 63 other ranks. 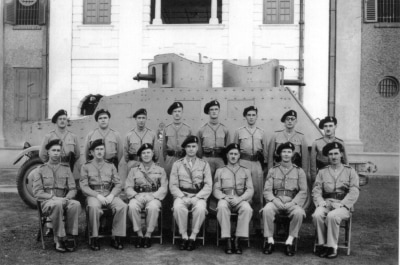 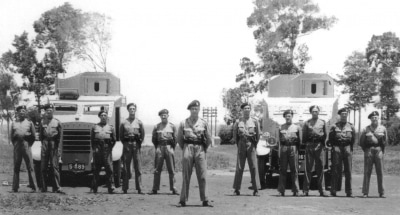 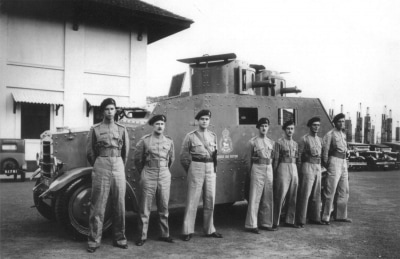 The nominal roll of the SVAC in February 1940 was:

The armoured cars played a significant part in the Malayan campaign of 1941.

One of those who served in the Armoured Cars during the defence of Malaya & Singapore was Sergeant John Norman Milne, of the Federated Malay States Volunteer Force. 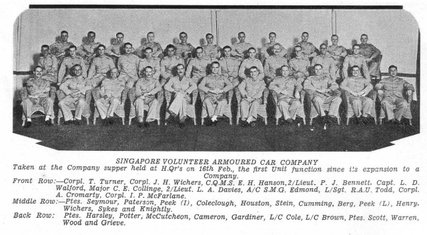 Educated at Aberdeen grammar school 1909-1912. He was the son of Arthur Pledge Milne 1881-1883. He left school in 1912 went to a pre prep school and later to Felsted College. In 1918 he was a cadet in the Edinburgh University OTC and was engaged in the harbour office at Aberdeen. He then went to Malaya on obtaining an appointment as a rubber planter with Harrison & Crossfield Ltd. A photograph of him appears in the Aberdeen register. He initially joined Hamilton & Sarasuwatty Estates as an assistant planter.

He joined the FMSVF and was in the Armoured Car Company. He was killed at the battle of Kamper on the 31st December 1941. His wife and 2 children fortunately were evacuated from Malaya prior to capitulation. 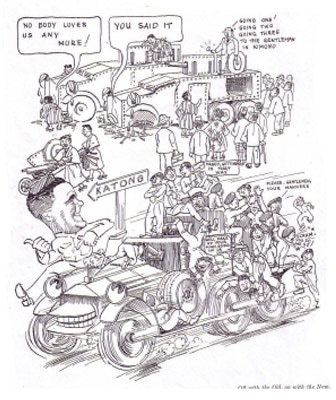